I have returned! I haven’t posted anything since January 2020. Wow! What a year that was. And if you were wondering… I have made it this long with out getting covid 😁

Books I recommend : Where the Forest Meets the Stars

The One with the Chick and Duck

This one came out so cute. But unlike the others I did not watch a Friends related movie to keep me motivated. 😦

Next up is either Central Perk or Phoebe’s Guitar . I am doing something different with Phoebe’s guitar though. I remember an episode where she had a blue one. I found a clip of it where Ross scares her at Central Perk .

Next update will be next Thursday.

Need to get caught up?.. check out the following posts. 🙂

FRIENDS blanket CAL pt 1 (The One with the Banner)

FRIENDS blanket CAL pt 2 ( The One with The Peephole Frame)

FRIENDS blanket CAL pt 3 ( The One with Smelly Cat)

The One with Smelly Cat

I started this one on Monday and finished on Tuesday. I zipped right through it. I even sewed the ends in as I went. 🙂

When ever Phoebe sang smelly cat on the show I sang along ..lol 🙂 I even had nightmares about it.. 🙂     The episode where she teaches Chrissie Hynde the song is amazing. 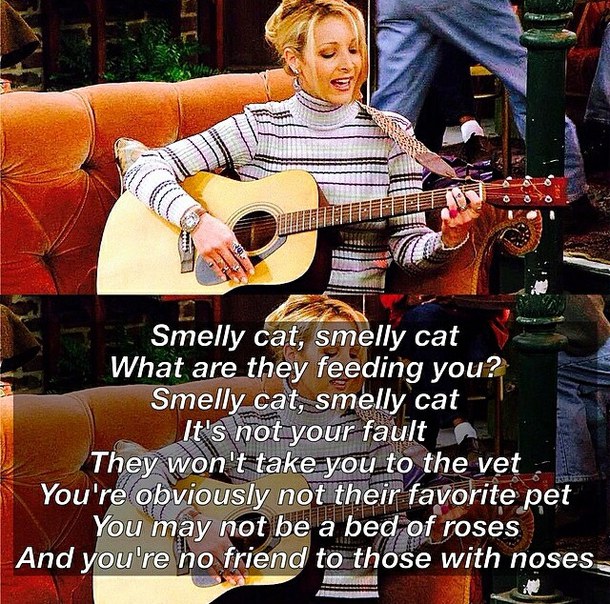 On to my square…

Movie watched : Almost Heroes ( Matthew Perry) I actually watched this when I was finishing the square. 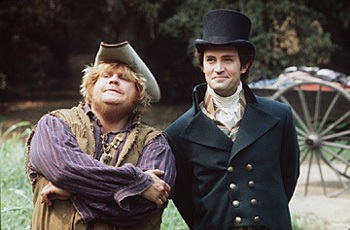 And here is the Peephole Frame .. so glad this is done. The ends were a b*tch to weave in. way to many.

I am not sure what the next square will be.  I have a few graphs printed out.

The One with the Peephole Frame 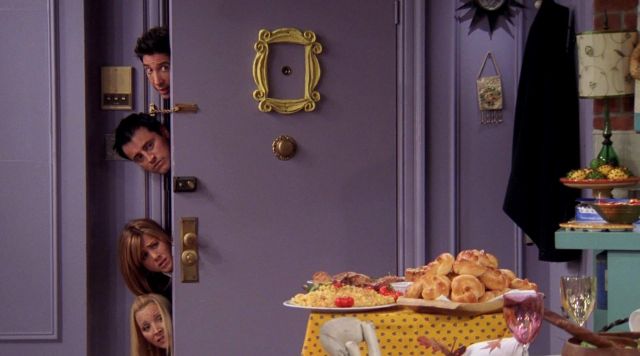 I decided to put down the banner block to work on a few smaller blocks for this CAL. The banner is so big and I am not liking how its coming out. I may or may not re do it.

So on to the peephole!

Block name: The One with the Peephole Frame

I am only at the half way point of this block. Its sorta a pain in the butt with all the color changes. But I like how its coming out. I am using up alot of the small lemon colored yarn scraps I have from taking apart the 2016 temperature blanket I attempted. 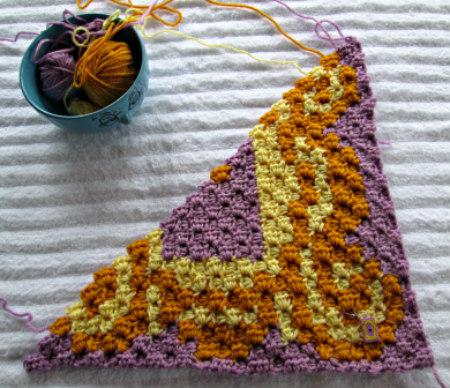 I will most likely finish this by tomorrow. So the next block will be either The One with Smelly Cat or I’ll just suck it up and finish The One with the Banner.

Next update will be next Thursday 🙂

Yup, I have not finished it. Ive barely started it.

According to my project page on ravelry for The One with the Banner , the last update was May 27th 2017.

The Plan: Since Ive already watched all 10 seasons of the show recently and do not want to watch again so soon, my idea is to watch other tv shows and movies that the cast has been in while making the blanket.

I got the idea while I was watching the O.C. on hulu. I have Tate Donovan, Joshua on FRIENDS to thank for this possible nightmare..lol

Ive already seen just about everything that the main cast has been in but I am willing (lol ) to re-re-re-re watch their movies again.

My search sites are Netflix and Hulu. Maybe I will find new movies.

Courtney Cox I found Mothers and Daughters (havent seen) and 3000 miles to Graceland on Netflix. And of course I do need to catch up on Cougar Town which is on Hulu.

Lisa Kudrow is in one of my all time favorite movies Romy and Michelle’s High School Reunion. That will definitely be watched since I own the DVD.

Matt Leblanc’s show Episodes is on Netflix so I may check that out and Man with a Plan is on CBS… another maybe.

Matthew Perry is my fave so Almost Heros, Fools Rush In and The Odd Couple will be re watched.

David Schwimmer is a tough one to find a movie for on hulu or Netflix. All I could find was The People vs O.J. Simpson  and The Iceman on netflix. The Iceman will likely be watched over the O.J movie.

Another place I can find movies for this cast….the library!!! DUH!! But that will be a last resort.

The first update will be on Thursday 🙂

B.hooked Crochet
To the Pages and Beyond

“I solemnly swear that I am up to no good.”

Yarning with Ruby
It's all in a Nutshell Crochet

A little bit of everything

... relaxing with hooks and yarn ... and other crafting adventures.

“Life is like riding a bicycle. To keep your balance, you must keep moving.” — Albert Einstein